REPORTS TO: CASSOA Board of Directors

The Civil Aviation Safety and Security Oversight Agency (CASSOA) is a self-accounting institution of the East African Community. The Agency is looking for highly motivated, result-driven and qualified professional from citizens of the Republic of Burundi, Republic of Kenya, Republic of Rwanda and Republic of South Sudan to fill the position of Executive Director (D1) (REF: CAS/HR/003/2017-2018) in the Agency.

The East African Community Civil Aviation Safety and Security Oversight Agency (EAC-CASSOA) is a self-accounting institution of the East African Community. The Agency invites interested, eligible and competent suppliers to submit Bids for The provision of catering and air travel services to EAC CASSOA in lots under framework contracts For FY 2017/2018 to its offices in ENTEBBE, UGANDA.

For Details:INVITATION TO TENDER FOR THE PROVISION OF CATERING AND AIR TRAVEL

For Details: Tender for Provision of security services -Final 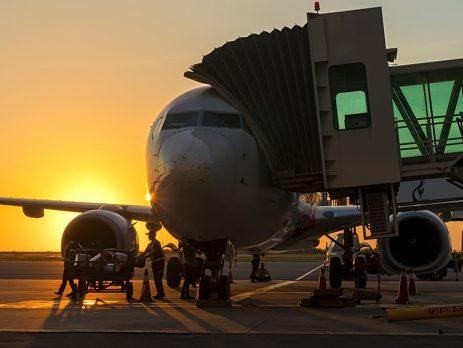 Partner States of the East African Community (EAC) have previously taken part in the Universal Safety Oversight Audit Programme (USOAP) of the International Civil Aviation Organisation (ICAO).  This identified a number of short-comings in the implementation of ICAO Standards and Recommended Practices (SARPs).  As a result there has been an acknowledgement of the need for the Civil Aviation Authorities of the Partner States to have access to an Aviation Medicine Centre that complies with ICAO medical SARPs.  The Civil Aviation Authority Safety and Security Oversight Agency (CASSOA) of the EAC decided that a study was required to guide its determination on the feasibility of such a Centre.  It was intended that this study should seek the views of stakeholders from across the region and it was agreed that ICAO would sponsor a Medical Consultant from out with the region to undertake the study.

The Terms of Reference of the study were produced by CASSOA and a consultant qualified and experienced in Aviation Medicine was contracted from the United Kingdom Civil Aviation Authority.  Stakeholder meetings took place in each of the Partner States with the exception of Burundi.   A review was undertaken of the legal framework within the region with regard to aeromedical certification.  The current practices in the region were reviewed with the specific focus on areas of practice that had been subject to USAOP findings.  A comparison was made of practices in other countries outside the region where the medical certificatory process is ICAO compliant.  From this work a number of options are presented that could enable Partner States to comply with ICAO medical SARPs and a more detailed illustration has been provided for the option that was felt to be most feasible from discussions with stakeholders.
ANNEX I Concept Paper for Establishment of Regional Aviation Medicine Centre in the EAC

The Civil Aviation Authority of Uganda, CAA (U), marked its 25th Anniversary with all the magnitude it deserved on the 8th December, 2016. The CAA (U) was actually established by an Act of Parliament in October 1991, however, management planned to bring the silver jubilee anniversary celebrations closer to those of the International Civil Aviation Day – 7th December, 2016.

During the dinner hosted by CAA (U) in celebration of the silver jubilee, the Managing Director and CEO of CAA (U) gave an abridged overview of the achievements of the Authority during the span of 25 years of its existence. During the same occasion, a Uganda Tourism promotional film was launched.

CASSOA congratulates the Board, management and staff of CAA (U) on their 25th Anniversary.

AATO held a successful General Assembly in Kampala which drew participants from all continents of the world. AATO, like any regional or international organisation, is steadily growing but with challenges. It was therefore prudent that on 21st December 2016 the Regional Director of the ICAO Eastern and Southern Africa office (ESAF), Mr. Barry Kashambo, and the Executive Director for CASSOA, Mr. Robert Nviiri, used the opportunity of the LOC-I and UPRT workshop which was held at the Ethiopian Airlines Aviation Academy to pay a courtesy call on the AATO Secretary General – Ms. Margaret Kyarwenda.

The RD ICAO ESAF and ED CASSOA shared with the Secretary General of AATO experience of regional international organisations, which experience would come handy in her task of running her important office. In her remarks, the AATO Secretary General thanked the two executives for the brotherly technical assistance. She also gave them a brief overview of the organisation’s programmes and experience of the period AATO has been in operation.

Death robbed the aviation fraternity of yet another expert, Mrs. Jane Muthoni Leitich, formerly the Chief Legal Officer of Kenya Civil Aviation Authority and a member of the legal team assisting CASSOA with legal expertise during Working Group Meetings. The energetic Jane Muthoni succumbed to cancer on 7th January 2017 and will be laid to rest on 13th January 2017 after a requiem mass at Purpose Centre Church in Nairobi, Kenya.

To the CASSOA family, the name Jane Muthoni Leitich is synonymous with hard work and diligence in the CASSOA working group meetings deliberating on draft harmonised EAC Regulations and Technical Guidance Materials. She was a friend to everyone both because of her knowledge in legal affairs as well as her humourous attitude towards all who crossed her path. She participated in CASSOA activities from 2008 till the time of her death in January 2017. She is survived with two children and a husband.

Our deepest sympathy go to her husband Mr. Leitich, children, and her paternal and maternal families, plus all her colleagues at Kenya CAA. She will always be remembered with fondness.

On 27th November, 2016, Arusha city was host to the EAC – China Electronic technology Corporation (CETC) High Forum. The EAC has established an Upper Flight Information Region (UFIR) as a single bloc over the Partner States airspace that will be operated from a single operations centre. This will make the region safer for investment and multinational markets.

The signing of the EAC Joint ATM Laboratory Agreement between Kenya and China in Mount Meru hotel, Arusha, Tanzania

The 27th November meeting was a great opportunity for CETC to meet with leaders of EAC and Partner States’ CAAs. CETC was established  by the Peoples Republic of China (PRC) to develop both civil and military electronics. It is the main manufacturer and research company of electronic devices in China. For the first time, CETC this year entered into an agreement with the government of PRC to supply its products outside China. It has so far successfully exported its products to USA, Latin America and Asia. It has become the leading enterprise in aviation technology in PRC with corporation of CAAC.  CETC played a leading role in the development of ATM in PRC. In 2004 – 2006, China and Europe developed an ATM platform. Last November  2015, CETC signed a co-operation agreement with Kenya. It is now looking forward to co-operation with the other EAC Partner States in the next 2 – 3 years. An important activity of this Forum is the signing of the EAC Joint ATM Laboratory Agreement. CETC plans to train African States in the ATM Laboratory for the development of ATM, and will eventually invest in establishment of an ATM academy in the next 5 years. CETC will recruit local experts as well for the running of this Academy which will perform research, maintenance of Next Generation ATM equipment.

During the meeting, the acting Director of KCAA ANS, Mr. Wesechere, gave a brief overview on the status of ATM in EAC Partner States. Participants were informed that Airspace classifications are unique in each State. Kenya and Uganda have made formal arrangements on special, joint, flexible use of their airspace. Traffic operating above FL 245 is more than that operating below FL 245. All Partner States except Burundi have HF. Kenya has AMHS and AIM automation while other PS are in the process of implementation.

At the end of the meeting, an EAC Joint ATM Laboratory Agreement between Kenya and China was signed, where the laboratory will be hosted in Nairobi, Kenya.

CASSOA congratulates the EAC Partner States and CETC on this great achievement.